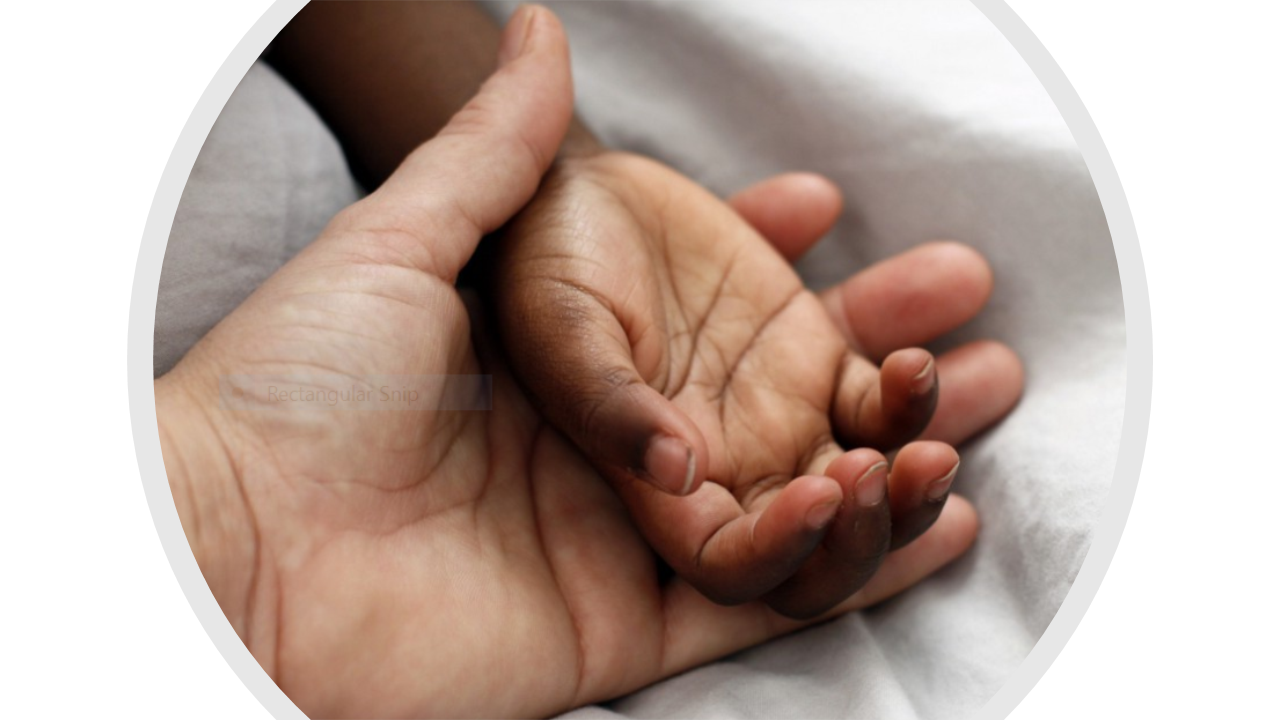 I am a white mom of non-white children. Up until I took on that title, I thought I understood racism. I really had no idea. Before I knew what was happening, though, it was as if a blinder was removed from my eyes and I was suddenly seeing the world differently—through the eyes of my children. The comments were never over the top — subtle things —but things just the same that began to get under my skin as I realized how words that may seem innocent and harmless to some are anything but to others. There were also more cutting comments. Because I’m white and my children are not, it’s not uncommon for strangers on the street to not pair us together as family. And so, sitting on a playground bench for instance, I might overhear racial comments that otherwise might not have been said had we shared the same shade.

When my youngest was in kindergarten, a white ‘frienomy’ explained to her that she could never be pretty because her skin was the color of poop. She idolized this girl and did not understand why she felt hurt by what she said because she had never considered the color of her skin until then. Suddenly, it was all she could think about and for a long time, she would tell me that she wished she had blond hair, blue eyes and fair skin. It was painful to hear, not just based on how truly awful it was and from what it had sprung from, but because she is a beautiful child.

Other incidents popped up from time to time. I always remind my kids that I am here to talk whenever they want to. I remind them up and down that they were beautiful. All the things parents say anyway, but probably even moreso because I never, not even for one minute, want them to think badly about themselves based on what anyone else of whatever color might say.

They learned about Ruby Bridges in the 2nd grade, I think. My youngest came home and confided in me that she had started crying in class at the thought that a girl who didn’t look much different than her had been hated because of what she looked like. She’d asked me then if she would’ve faced the same problems as Ruby. I had tried to assure her that things were much better now, although still not perfect. Another time, when they were playing on a nearby playground, I overheard a group of white tweens who had rolled up on their bikes. As I sat catching bits and pieces of what sounded like a nasty conversation, I saw one boy pointing at my kids, saying, “I hate all of them.” They had been talking about brown people. While I had wanted to confront them then and there, my kids hadn’t heard what was being said and the playground was full of grandparents, families, little ones—of all colors. I didn’t want to ruin their day. I didn’t want what was a happy afternoon for my kids to be destroyed by someone’s hate. But it disturbed me enough that I did follow up with the school (unfortunately at least one of the kids was in our district and I wanted to know what sort of measures their school had in place should things ever escalate, or my child retaliate against such a hateful statement).

Much more recently, my oldest daughter asked me a similar question after 13 people were shot at the Tops Market in Buffalo. She was concerned because the following day, memes were going around that certain schools and places of business were being targeted and that unnamed cowardly individuals were planning to shoot all the blacks. Sitting in her study hall she texted: “I don’t know if I count as dark, but I’m definitely not white.” Quite honestly, we’ve had a lot of conversations about racism and hate. I get all the usual questions that tweens and teens ask their parents in the safety of their own home. Racism is confusing and in middle school and high school where tweens and teens of all colors are testing the boundaries, it’s particularly confusing to know how to navigate why some people can use some words and others can’t. Why some groups are offended by certain things, but not others. Why they may not be accepted by one shade even though they identify with it, but also don’t fit in with another shade—even though they don’t identify with it.

As a white mom of non-white children, I am learning as I go and do not have all the answers. I don’t claim to understand the black struggle in American or anywhere in the world. I don’t claim to understand the struggle of any ethnic group for that matter. But I do try to understand or at least acknowledge that there is one, even when so many of my white peers sometimes ask me why there’s still so much talk of black and brown and white. “Haven’t we talked about it enough?” “Racism isn’t as bad as it used to be.” “It’s never going to change.” I’m sure I get under some people’s skin becauseI won’t stop talking about it until I don’t hear from my kids that they’ve been called the color of poop. Or that they’re afraid someone is going to enter study hall and shoot them dead. Frankly, I doubt I’ll ever stop talking about it because it’s kind of a big deal to anyone who wakes up in the morning wondering whether or not they’re going to be stereotyped, followed through a grocery store, denied opportunities, or shot while buying their toddler a birthday cake.

And while I don’t have the answer or cure to racism, I can offer this advice on how to talk to your kids about it:

Listen: Listening is huge when it comes to talking to kids about serious subjects. Most parents go into lecture mode or feel as though they need to have a perfect answer. But sometimes to get the most out of a conversation – to get to the heart of the matter and to what matters most to your child—it’s important to sit back and take in what they’re trying to tell you.

Don’t assume that they don’t know: Most parents wonder if they’re children are too little to discuss tragedies like the recent shooting at Tops. As with any tragedy, it’s important to consider your child’s age and whether or not certain details are age appropriate. However—children who live in proximity to where something may have happened may question why things are different, feel different. Kids are observant. While you may not want to dive into the details, talking about the basics of “Something sad happened here. People were hurt. It’s important to be nice and treat others as you’d like to be treated,” is never a bad thing.

For older kids and tweens/teens—even if you don’t think your child is on social media, don’t assume that they aren’t going to hear about it, see it, or learn about it in some way shape or form from a friend or at school. Most kids these days are receiving updates to their phones or devices and by the time the school day begins or ends—if it was on the internet someone has shared something. If not on the device than old school in person. I’ve found that it helps to ask your child what they’ve heard and go from there. Oftentimes, the way their peers take things in isn’t always the whole story—sometimes inaccurate. Whether or not it’s accurate, it’s important to talk it through. You are the parent and whether your teen wants to admit it or not, they still get scared.

Don’t push: While you may be tempted to launch into a long speech, don’t. It’s true that some of the best, most meaningful conversations you’ll have take place on the fly—like while driving in the car. The dinner table is still a great place to talk about important things. You know your child best. You know when they are fresh and ready for a conversation and when they need their space.

Get educated: Nobody has all the answers.

So learn. Now more than ever, there is a ton of literature to choose from. Before you try to impart your parental wisdom, take the time to read from a few different sources—not just those you agree with and feel comfortable with, but opposing voices, too. While you’re opinion may be different than someone else’s, that doesn’t make it any less valuable. Understanding and acknowledging our differences is the first step to finding places where we can agree. You don’t know it all and that’s okay: It’s all right to tell your child that you don’t know something. Nobody has all the answers. It’s okay to say things like, “I don’t know, but I can try to find out.” Your child will value your response more if it’s genuine rather than you reaching.

Meet your community: I’m of the mind that perhaps one of the most valuable ways we can help to heal and work toward something better is to get to know people in our neighborhoods—and people in other neighborhoods. We all have our favorite haunts and hangouts. Step out of your comfort zone and try a new restaurant or salon or business where you can meet members of your community who may not look like you. No, it’s not your responsibility to inform and educate people (no matter what color), about your life experience. But, breaking down the walls begins by breaking down the myths. Supporting each other not just with best wishes on social media, but by supporting local businesses and making a real impact that we’re in this together for real. Most of all, children learn by example—and even if it doesn’t feel like it—they are watching you.

Lead by example: “Be the change.” By doing and not just saying, your child will be more likely to come to you as a resource if/when they are on the receiving end of racism or if/when they aren’t sure how to navigate a confusing situation themselves or if when something horrible happens to members of their community. 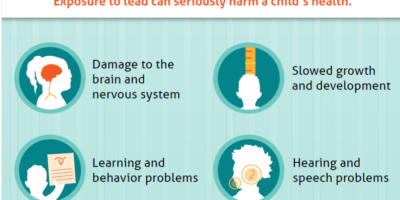 Last week was National Lead Poisoning Prevention Week, a week circled on the calendars for individuals, organizations, and governments 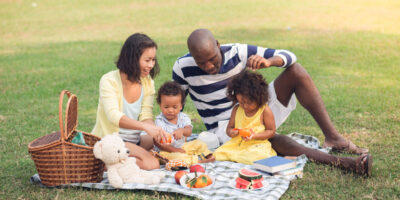 The Summer Bucket List: A Family Practice in Mindfulness